Graz Styria is the southernmost province of Austria, of which Graz is the capital, is also known as ‘the green state’ due to its beautiful wooded countryside. Here it is not unusual to still see local people wearing the Styrian gray and green hunting clothes and the Styrian version of the dirndl, most popular in Austria. 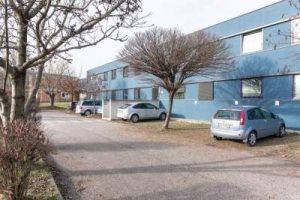 Renovated in 2015, Apartments Graz operated by Hotel B&B are located in the district of Andritz and offers free private parking and free WiFi.

The bus to the centre stops right in front of the building.

The fully equipped apartments come with a bedroom, a bathroom with shower and toilet, and a living room with a kitchenette, a dining area and 2 single beds. Amenities include a flat-screen TV. 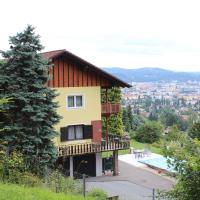 Set next to a forest and situated 5 km from the centre of town, Apartment Panorama offers a spacious apartment with a balcony providing impressive views of Graz, free WiFi, and a fireplace.

Reservation possible without a credit card.

Main Train Station Graz is 4.2 km away and the Schlossberg Hill with the Uhrturm Clock Tower is 6.5 km away.

The spacious apartment is fitted with a flat-screen TV with satellite channels. The well-equipped kitchen features a dishwasher while the private bathroom comprises a shower, a bathtub, 2 washbasins and a bidet.

A bicycle storage room is also at guests’ disposal. Free private parking is possible in a carport.

There is a bus and tram stop (line 33 and line 7) only 700 m away, which provides connection to the city centre. The A9 Motorway can be accessed 4 km from the apartment Accommodation. Airport is located 12.7 km away.

Offering self-catering accommodation with free WiFi access and garden views, Studios + is located in town, within 3 km from the historical centre and 900 metres from Stadthalle Graz. 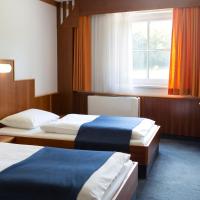 At the foot of Saint Martin Castle, Hotel Paradies enjoys a quiet location in the green surroundings of Graz, a 10-minute drive from the centre and the Airport.

Graz, the capital of the province of Styria. With about 290,000 residents (including about 30,000 university students),this is the second largest city in Austria. Due to its well preserved historic city core it was designated a UNESCO World Heritage Site in 1999 and was also chosen the Cultural Capital of Europe in 2003.

I caught the streetcar and travelled through the leafy suburbs to get off on the busy Jakominiplatz (Jakomini Square) where I walked up  main pedestrian shopping boulevard — the upscale Herrengasse.

Then I reached the heart of town the Hauptplatz (main square) with its historic fountain, the Erzherzog-Johann-Brunnen, and the stunning Rathaus (or City Hall) which was completed in the late 19th century.

My stroll continued through the narrow, cobble-stoned alleyways of the city, past boutiques, specialty shops, outdoor cafes and restaurants. Walking past the Opera House, Austria’s second largest opera building, I reached the Stadtpark, Graz’ scenic green oasis in the middle of the city.

From here I made the climb up the Schlossberg (Castle Hill), which used to feature a medieval castle that was destroyed after 1809 following an occupation by Napoleon’s army.

But the local population managed to save the two most popular edifices city on the Schlossberg: the Glockenturm (bell tower) and the iconic Uhrturm (clock tower) which has been the city’s symbol for a long time. The view of the city from the rose garden below the clock tower is simply precious.

In the mid-afternoon I connected with my friend Linda and we started another round of sightseeing through the old part of town. Linda took me to the rooftop patio of a popular café in the so-called Bermuda Triangle of Graz, a popular entertainment district, from where we had a phenomenal view over the rooftops of the old city.

We also walked past the Schauspielhaus (the main theatre) to the Grazer Burg (Graz Castle) where Linda showed me the famous double-winding staircase which dates back to the 1500s.

After visiting the 15th century cathedral and the Mausoleum, final resting place of Habsburg Emperor Ferdinand II, we settled in for dinner at the famous Gamlitzer Weinstube restaurant to enjoy some famous Austrian delicacies.