Learn about the continent of Africa and all of it’s most recognized countries and capitals in the educational, fun, animated music video.

Kenya Safari your next adventure

It has 56 countries and regions and a population of 851 million, accounting for 5.5% of the world’s population.

Kenya a country in East Africa, bordering the Indian Ocean in south east, neighbouring countries are Ethiopia, Somalia, South Sudan, Tanzania, and Uganda. With an area of 580,000 km².

Cape Verde Islands is an archipelago comprising ten islands – some mountainous, some flat and sandy – in the middle of the Atlantic Ocean. They are the next group of Islands below the Canary Islands

Cape Verde Islands Ten in all Middle of Atlantic Ocean

Morocco is situated on the northwestern corner

Morocco is bordered with Algeria to the east and southeast, Mauritania to the south and to the west by the Atlantic Ocean.

Moroccan villas, Apartments and Hotels for your next Holidays.

Plus Hotels near Airports.

THIS IS WHERE YOU MIGHT Discover that SPECIAL wildlife and nature  holiday on a once in a lifetime Safari Tour in places such as Africa & the Middle East, The Americas & Caribbean, OR Asia & Oceania.===

Find and compare safaris and wildlife tours from 796 organizers worldwide!

ADVERT INCOME from your site

Vacations in Tunisia a selection of Apartments.

Located on the northern coast of Africa, Tunisia has boundaries with Algeria to the west, Libya to the southeast and the Mediterranean Sea to the north and east.

Once you are in Tunisia make sure you sample the local Cuisine. The choice is endless be prepared to be pleasantly surprised.

A unique Safari experience giving you the excitement and authenticity of staying in a tented room with the benefit of having all the amenities of a normal room such as an en-suite bathroom, tea/coffee facilities, and Aircon/Heater.

Please note that your Safari can easily be extended to 4 or more days upon request.

Africa is bounded by the Mediterranean Sea to the north, by the Atlantic Ocean to the west, by the Red Sea to the northeast, and by the Indian Ocean to the southeast. This is a vast continent spanning over 8,000km (5,000 mi) north to south and 7,500km (4,800 mi) east to west (not including islands) and contains a wide array of peoples, skin colours, religions, and cultures.

Africa contains the world’s longest river—the 6,650km long (4,100 mi) Nile River running from Burundi to Egypt—while the Congo River in the DRC is the second largest in terms of discharge as well as the deepest with a depth of over 230m (750 ft) in some spots.

Tanzania’s Mount Kilimanjaro is the world’s tallest free-standing mountain at 5,890m (19,340 ft). Djibouti’s Lake Assal is the second lowest point on Earth, the saltiest lake outside Antarctica, and one of the hottest places on Earth.

While the first activity most people associate with Africa is safaris, there are endless possibilities for adventure.

You can purchase crafts in markets, venture into the Sahara with a Tuareg caravan, visit pygmy villages, hike through jungle to watch gorillas, relax on tropical islands in the Indian Ocean, snack on exotic treats, travel down a river in a dugout “pirogue”, travel across savannah on a colonial-era railway, and much more.

Africa is a very diverse continent, with each country, or even each part of a country having its own unique culture.

While it is common for people in the West to refer to Africa as if it was a single country, one should remember the sheer size of the continent, and that Africa is not one country but 54 different countries, meaning that it is impossible to make generalisations of Africa as a whole.

Tragically misunderstood by many people as a land of poverty, corruption, war and famine, and simply as a land of suffering—a misconception only bolstered by the media and the numerous NGOs on the continent—Africa today is a vast continent with many bustling metropolises, friendly people, and amazingly diverse and beautiful landscapes.

While there are some places resembling the stereotypical Africa of war, famine, and poverty, most of the continent is peaceful, well-fed, and of working class .

See
=========
Flora & Fauna
==========
Many visitors are attracted by the African flora and fauna and several countries benefit from Safari tourism to African National Parks.
Natural Wonders

Africa is home to many famous natural wonders, from the Nile River, the world’s longest river, to Victoria Falls.

The continent is home to two of the world’s four volcanoes with permanent lava lakes—the dramatic Mount Nyiragongo which rises hundreds of metres above Goma, DRC and Erta Ale in Ethiopia’s stark Danakil Depression (the others are Mt.Erebus in Antarctica & Kilauea in Hawaii).

Both volcanoes can be climbed by the adventurous tourist to stand at the rim gazing in awe at the bubbling lava below, an especially incredible sight at night!

While the continent’s diverse and unique wildlife is often all that is mentioned in regards to African travel, as home to the oldest civilizations on the planet, Africa has equally impressive cultures and history.

The most famous civilization on the continent, and arguably in the world, is that of ancient Egypt. From the southern city of Abu Simbel to Luxor and all the way north to Alexandria and Cairo, including the Pyramids of Giza, the only surviving of the original Seven Wonders of the World and the most iconic symbols of this ancient kingdom.

Sites from the Nubian-Kushite Kingdom that broke away from Egypt can be found in Sudan, such as Gebel Barkal and many other pyramids in Meroe.

Ethiopia offers many ruins from the ancient Axumite Kingdom where the Queen of Sheba ruled. The obelisks and Dungur ruins in Axum were built prior to the kingdom’s conversion to Christianity, while many other great monuments, such as the Ezana Stone and the Church of Our Lady Mary of Zion, where the Arc of the Covenant is said to be stored, were built.

Did you know? ‘Accommodation‘ is one of the most misspelt words in the English language? Here are some variations:
Accomadation, Accomodation, Acommodation.
Also Bed Breakfast Bed and Breakfast  B&B BB or BnB details for your next vacation local Regional Cuisines information guide. B and B is an English traditional holiday idea, often hard to find in some parts of the world. 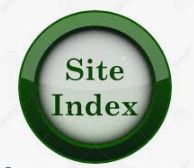