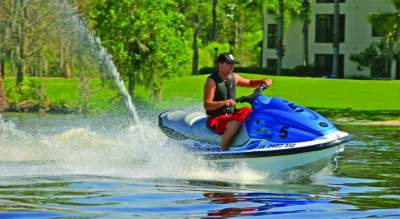 Hawaii Kailua-Kona The Hawaiian Islands are located in the middle of the Pacific Ocean and form the 50th state of the USA.  In winter, the world’s best surfers collect on Sunset Beach.

Seconds from a top-rated golf course on Hawaii’s Big Island, this beachfront resort offers on-site activities and spacious villas furnished with all of today’s modern amenities, including full… There is 1 person looking at this resort. More

Hulihe’e Palace State Monument is an 11-minute walk from this hotel in Kailua-Kona, Hawaii. The hotel features an outdoor pool and tropical rooms with a private patio or balcony. More

Located on Kona Coast in Hawaii, this tropical garden resort is less than one mile from Kahaluu Beach. It features a restaurant, tennis court and villas with a fully-equipped kitchen. There is 1 person looking at this resort. More

Nestled along the Keauhou Bay on an outcropping of volcanic rock, this luxurious hotel in Kailua Kona, Hawaii offers enjoyable activities as well as relaxing spa services. More

The Hawaiian Islands are located in the middle of the Pacific Ocean and form the 50th state of the USA.
In the south east of the island of O’Ahu, Honolulu is a modern town and the starting point for most journeys. It also contains the Iolani Palace – once the residence of King David Kalakana – a magnificent Victorian structure in the centre of Honolulu and the only royal palace in the United States.

The valley of Nuuanu Pali is of great importance in Hawaiian history. It was here that a deciding battle took place, when King Kamehameh came from Maui and triumphantly drove the troops of the chief of Oahu into the mountains, the result of which formed the political union of the Hawaiian Islands.

In winter, the world’s best surfers collect on Sunset Beach, attracted by spectacular waves, some of which reach as high as the tallest church steeples. On the island of Kaua’i, the Wailua is Hawaii’s only navigable river and it flows through some of the exciting locations which were used for Jurassic Park.

Two volcanoes dominate the extraordinary island of Maui, which also features sandy beaches, green pastures, dense jungle and a bleak lunar-like landscape. On Waimea Beach in 1778, the English sea captain, James Cook, was the first European to set foot on Hawaiian territory.
The Waimea Canyon was referred to by Mark Twain as ‘The Grand Canyon of the Pacific’, a massive gorge which has been carved out of the volcanic landscape by the Waimea River.
From a Victorian style station there is the narrow-gauge Sugar Cane Train which travels through the sugar plantations of Kaanapali. Haleakale is the world’s largest dormant volcano with a crater as large as Manhattan. But nowhere else in the world can volcanoes be studied as safely as on Big Island in the Hawaiian Volcanoes National Park.
Did you know ‘Accommodation‘ is one of the most misspelt words in the English language? Here are some variations:
Accomadation, Accomodation, Acommodation.
Also Bed Breakfast Bed and Breakfast  B&B BB or BnB details for your next vacation local information guide. B and B is an English traditional holiday idea, often hard to find in some parts of the world.