Riyadh is that true oasis in the Saudi Arabian desert brimming with culture, history, exquisite architecture and an exotic feel and opulence that is bound to enchant just about any visitor.

Located in the heart of the city centre, the Sheraton Riyadh Hotel & Towers is a 5-star hotel offering deluxe accommodation alongside warm hospitality and state-of-the-art facilities.… More Riyadh Hotel Accommodation

The 5-star Al Khozama is located in the upscale commercial and residential area of Olaya.… More

The 5-star Mena Hotel Riyadh is located on Olaya Road in the prestigious business area of Riyadh. It offers luxury and comfort for business travellers and families alike.… More

The 4-star Golden Tulip Andalusia is located in the heart of the prestigious Olaya area, in walking distance from the Al Faisaliah Tower and other exclusive shopping malls.… More 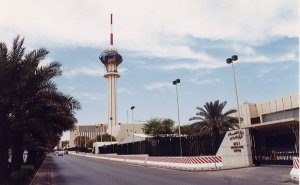 Riyadh, which lies in the Central Region, is the capital city of the Kingdom of Saudi Arabia and now rivals any modern city in the world in the splendor of its architecture. Broad highways sweep through the city, passing over or under each other in an impressive and still growing road network. Trees now bedeck the broad streets and avenues, giving pleasure to passers-by and shade to those who linger beneath them. 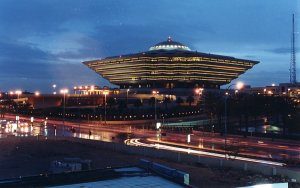 Today the city extends for some 600 square miles (1600 square kilometers) and has a population of more than 5.8 million.The name Riyadh is derived from the Arabic word meaning a place of gardens and trees (“rawdah”). With many wadis (a former water course, now dry) in the vicinity, Riyadh has been since antiquity a fertile area set in the heartland of the Arabian peninsula. 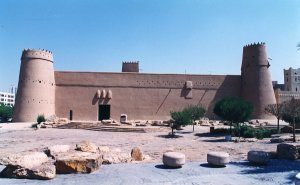 Of all the Kingdom’s developmental achievements, is perhaps the most obvious and accessible to the foreign visitor. From the moment he lands at the King Khalid International Airport, itself a marvel of design wedding the traditional Arab style with the best of modern architecture in a happy marriage of spacious practicality, the traveler is aware that he has reached a city that must be counted one of the wonders of modern times. 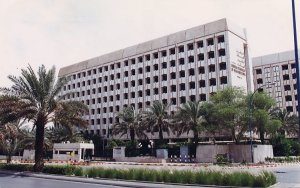 Riyadh is a true oasis in the Saudi Arabian desert brimming with culture, history, exquisite architecture and an exotic feel and opulence that is bound to enchant just about any visitor. Modern Riyadh has retained its ancient heritage and travellers can revel in the many shopping and sight-seeing opportunities this city has to offer. 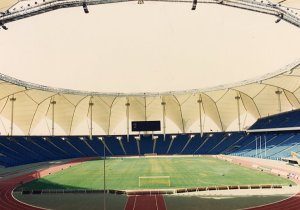 When?  The best time to holiday is the late winter to spring from October to April when there is little to no precipitation and the average temperatures are still invitingly warm. The city is known for its evening thunderstorms that cool the city down just long enough for the night to come to life. Many locals escape the heat of the scorching hot summers by taking breaks in cooler parts of the world.

Who for?  Riyadh appeals to culture vultures and anyone with a keen interest in ancient civilizations, ruins and Saudi Arabian kingdoms. Shopaholics will also have a field day in this city with out of this world shopping opportunities in the Kingdom Centre, which houses a state-of-the art three-level shopping mall with more than 160 stores, amongst many other things.

Reuters) – The Saudi Arabian government awarded $22.5 billion in contracts to three foreign-led consortia on Sunday for the design and construction of a metro rail system in the capital Riyadh.

Design work will start immediately and construction will begin in the first quarter of 2014, the government said. The project would be completed in 2019.

Flush with cash after more than two years of high oil prices, Saudi Arabia is pumping billions of dollars into infrastructure projects designed to improve living standards and ease social discontent in the wake of the 2011 uprisings elsewhere in the Arab world.

Last August the government approved a $16.5 billion plan to modernize the transport system in its holy city of Mecca, including building a bus network and a metro system.

It is also building several other rail systems, including a 2,750 km line running from Riyadh to near the northern border with Jordan.

Saudi officials said Riyadh’s population was projected to grow from 6 million to over 8 million in the next 10 years, making the metro vital to ease congestion and pollution in the capital’s streets.

In addition to raising living standards, the government says it wants to upgrade the country’s infrastructure to help the economy diversify beyond oil, making it less vulnerable to any future plunge of global oil prices.