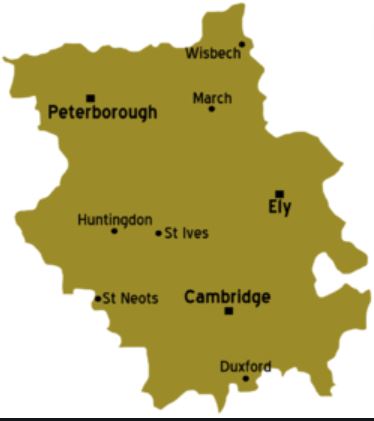 Cambridge is primarily renowned for its world class university, which has produced over sixty Nobel prize winners down the years, it is an ancient and busy market town which has developed greatly as a modern retail, commercial and leisure centre.

The very central Crowne Plaza Cambridge is set amid historic colleges and excellent shopping. It has a restaurant, Irish pub, a gym and sauna.… More

Situated in the centre of Cambridge near the edge of the picturesque river Cam, The Varsity Hotel and Spa offers individual modern rooms, and impressive rooftop views.… More

In beautiful grounds 5 miles from Cambridge, the Menzies Cambridge Hotel and Golf Course is just off the A14. It has a gym, a spa, 2 tennis courts and an 18-hole golf course.… There are 2 users browsing this hotel’s page right now. More

With free Wi-Fi, the newly refurbished rooms at Hallmark Hotel Cambridge are stylish and modern, featuring an LCD flat-screen TV with a large selection of on-demand movies. Each en suite bathroom features a bath, a shower, and free toiletries. There is also a 24-hour room service menu.

The award-winning Brasserie Restaurant offers traditional British dishes and modern international cuisine. Guests can relax in the Gallery Bar, which shows Sky Sports, including ESPN, and has a decking area overlooking the 18-hole championship golf course and offers an extensive choice of delicious bar food.

The Waves Leisure Club boasts a large swimming pool, a sauna, a steam room, and an air-conditioned gym.

There is a bus stop just 200 m around the corner which has regular services to Cambridge city centre, and the M11 motorway to London is a 5-minute drive away.

The property offers discounted golf for all hotel guests, subject to availability.

This property is also rated for the best value in Cambridge! Guests are getting more for their money when compared to other properties in this city.

The earliest clear evidence of occupation is a collection of hunting weapons from the Late Bronze Age, starting around 1000 BC.

There is further archaeological evidence that a Belgic tribe settled on Castle Hill in the 1st century BC.

The town’s history dates from Roman times when they built a camp on a small hill beside the River Cam, but by the 5th-century it had become a Saxon market town.

By the 7th century, however, visitors from nearby Ely reported that Cambridge had declined severely.

Cambridge is mentioned in the Anglo-Saxon Chronicle as Grantebrycge. This is the earliest known reference to a bridge at Cambridge.

The arrival of the Vikings in Cambridge was recorded in the Anglo-Saxon Chronicle in 875.

Viking rule, the Danelaw, had been imposed by 878. The Vikings’ vigorous trading habits caused Cambridge to grow rapidly. During this period the centre of the town shifted from Castle Hill on the left bank of the river to the area now known as the Quayside on the right bank.

After the end of the Viking period the Saxons enjoyed a brief return to power, building St. Benet’s church in 1025. It still stands in Bene’t Street.

In 1209, students escaping from violence in Oxford fled to Cambridge and formed a University there. The oldest college which still exists, Peterhouse, was founded in 1284.

Despite having a University, Cambridge was not granted its city charter until 1951. Cambridge does not have a cathedral, which was traditionally a pre-requisite for city status.

Historically the town’s economy was based upon its port.The river was navigable all the way to Kings Lynn and there were good trading links with the continent.

The city is also surrounded by good quality farmland, and agriculture has always been of importance. Drawing on its links with the University, the Cambridge area today is known as Silicon Fen, due to the growth of high tech businesses and technology incubators that have sprung up in the series of science parks and other developments in and around the city.

The actuel name Cambridge derives from its originally location where several roads met at a crossing point over the River Cam. Cambridge is mentioned in the Anglo-Saxon Chronicle as Grantebrycge.

It was only later that the river became known as the Cam, by analogy with the name Cambridge. The University use a pseudo-Latin adjective cantabrigiensis (often contracted to “Cantab”) to mean “of Cambridge”, but this is obviously a back-formation from the English name.

Did you know ‘Accommodation‘ is one of the most misspelt words in the English language? Here are some variations:
Accomadation, Accomodation, Acommodation.
Also Bed Breakfast Bed and Breakfast  B&B BB or BnB details for your next vacation local information guide. B and B is an English traditional holiday idea, often hard to find in some parts of the world. Plus when on vacation info on local cuisine and street markets to visit on your holiday.