The sequel to the original movie, the Tearoom is now open and is hugely popular in Shefford. People are traveling from a wide range of places in the country to enjoy some of the most fabulous homemade dishes, range of speciality teas and coffees. All photos and video have been taken by Karen Brammer of Daisy Dog Photos 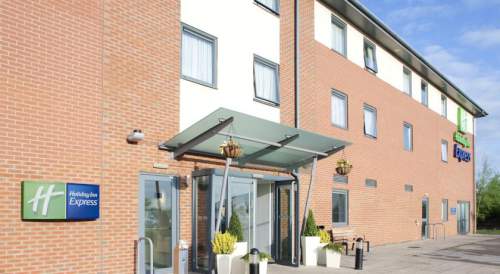 Located just south of Bedford, this Holiday Inn Express is a short drive from the A1 and M1. It offers comfortable and affordable accommodation and free parking. More 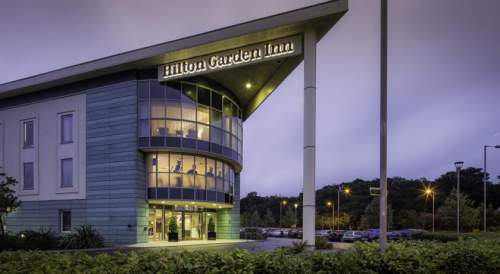 Holiday Inn Garden Court Sandy is located on the A1, 1 mile from Sandy Town Centre. It offers free parking and modern rooms with cable TV. More

Worth a visit. Interesting Stately homes.

Home to the Duke of Bedford and one of the best known country estates, Woburn is now backed up by a famous golf course and safari park.

Woburn Abbey, comprising Woburn Park and its buildings, was originally founded as a Cistercian abbey in 1145.

Taken from its monastic residents by Henry VIII and given to John Russell, 1st Earl of Bedford in 1547, it became the seat of the Russell family and the Dukes of Bedford.

The Abbey was largely rebuilt starting in 1744 by the architects Henry Flitcroft and Henry Holland for the 4th Duke. Anna Maria, the wife of the 7th Duke, originated the afternoon tea ritual in 19th-century England

A stunning stately home and gardens owned by English Heritage. This is a video and some photos of the interior and gardens.

Bedford Street – A Tour Around the Streets of Ampthill.

BEDFORD STREET is the most changed of all the town’s four main roads, having been considerably restricted on its eastern side until the late 1930s by the buildings of Ampthill Brewery which had been established by John Morris in the 1770s, flourished a century under family management, and retained the Morris name until its closure in 1926, when the business was taken over by J.W. Green of Luton.

Ampthill Brewery was among the largest in the county and its loss was a significant one for the town. Nothing remains of the buildings, except a vaulted store – now a restaurant – and a few walls around the car park. The market was moved here from Market Square in 1987.

The first building to be put up on the brewery site was a cinema, The Zonita, which opened in 1937 and closed in 1960 – a brief but colourful existence. Converted into office buildings, the Zonita became a snooker hall in 1982, and later its ground floor was made into small shops named Rosewalk. This was demolished in 2005 and the resulting Waitrose Supermarket openned its doors in October 2006.

The town’s original fire station was built in 1902 by Edwin Tutt. It continued in this role until 1954. Extended in 1996, it housed the local Citizens Advice Bureau and then the charity Mind.

The Duke of Bedford Cottages are a small terrace of brick-built cottages characteristic of many Mid-Bedfordshire villages built by the Duke of Bedford in the mid 19th century for his estate workers and are distinctive by their steep gables and lattice windows.

Further up Bedford Street and now used as a garage, is the former National School, one of the town’s two main schools. Supported by the parish church, this school opened in 1845 and closed 1954 when the local authority took responsibility for education in the town.

Did you know… ‘Accommodation‘ is one of the most misspelt words in the English language? Here are some variations:
Accomadation, Accomodation, Acommodation,. Acomodation.