Saltzburg  is a positive tourist favourite, with the number of tourists outnumbering locals by a large margin in peak times. In addition to Mozart’s birthplace noted above,other notable places include:

This recently renovated hotel, located close to the well-known Linzergasse in the centre of Salzburg, successfully combines modern and traditional aspects with friendly service.… More 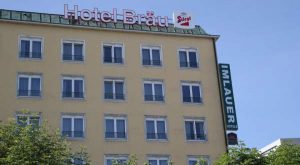 The Best Western Hotel Stieglbräu is very well located in the centre of the Mozart city, only a few minutes walk to the main train station and to the most famous sights and places of Salzburg, as the…… More 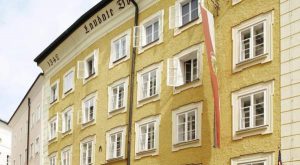 Family-run for several generations, Altstadthotel Kasererbräu is located in the heart of Salzburg, only a 3-minute walk from the cathedral.… More

Our traditional and friendly 5-star Hotel is situated in the heart of the old part of Salzburg city, in the midst of an unique environment, and only few steps away from the Mirabell Palace and…… More 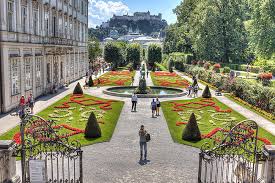 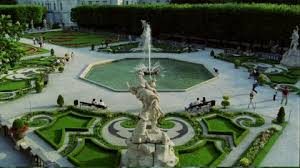 Salzburg is a tourist favourite, with the number of tourists outnumbering locals by a large margin in peak times. In addition to Mozart’s birthplace noted above, other notable places include:

The video showing is of Saltzburg A cheesy video from a trip to Salzburg, showing footage from Salzburg city, a Sound of Music tour and a trip to Hitlers Eagles Nest.

The whole Old Town of Salzburg was nominated as a World Heritage Site in 1996.

The baroque architecture including the many churches are world famous.The Salzburg Cathedral (Salzburger Dom)The Hohensalzburg Castle (Festung Hohensalzburg) on a hill dominating the old town is one of the largest castles in Europe, with views over Salzburg.

The FranziskanerchurchThe St.Peter cemeteryThe Nonnberg Abbey a Benedictine monasteryThe “Residenz” Palace (the magnificent former Prince-Archbishop’s residence)Mozart’s BirthplaceMozart’s ResidenceThe University ChurchThe Siegmundstor (or Neutor)The GetreidegasseOutside the Inner Old Town.
Palace of Mirabell with its wide gardens full of flowersThe palace of Leopoldskron is a rococo palace and a national historic monument in Leopoldskron-Moos, a southern district of the city of Salzburg.Hellbrunn with its parks and castlesTour companies operate tours of locations used in the film The Sound of Music.Within the greater Salzburg area.

Anif CastleThe Basilika Maria Plain on the Calvary Hill, a late Baroque church, on the northern edge of Salzburg.Salzburger Freilichtmuseum Großgmain, an open-air museum containing old farmhouses/farm buildings from all over the state assembled in historic setting.

The Schloss Klessheim Palace (today a Casino) was formerly used by Adolf HitlerThe Berghof, Hitler’s mountain retreat of which only the Eagle’s Nest remains, was in nearby BerchtesgadenThe Salzkammergut is an area of lakes in the Salzburg state, east of the city and further on into the provinces of Upper Austria and Styria.

The Untersberg mountain is next to the city, straddling the German-Austrian border, and on a clear day provides panoramic views of the city and the Alps.Skiing is an attraction during winter.

Salzburg itself has no skiing facilities, but it acts as a gateway to skiing areas to the south. During the winter months its airport receives charter flights from around Europe. Zoo Salzburg
The Salzburg Zoo is in the South of the city, in the municipality of Anif.