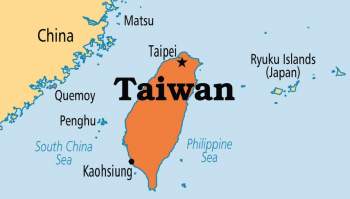 Destinations in Taiwan from Take A Break Holidays

Philippines what hidden discoveries await you

All 7 hotels in Taipei » Taiwan Holiday

Taipei City is the capital of the Republic. Situated at the northern tip of the island of Taiwan, Taipei is located on the Tamsui River; it is about 25 km southwest of Keelung, a port city on the Pacific Ocean.

The Caesarpark Hotel Taipei From TWD 3900.

Due to the varied topography, economic development and time of development, the population is unevenly distributed. Daan, Songshan and Datong districts are the most populated.

Taichung city located in west-central Taiwan, with a population of just over 2.6 million people, making it the third largest city on the island after Taipei and Kaohsiung Taiwan Holiday.

Hualien County is the largest county in Taiwan and is located on the mountainous eastern coast of Taiwan. It contains the island’s largest port Taiwan Holiday.

The county borders the Pacific Ocean to the east and is hemmed in by the Central Range to the west.

Wherever you go in Hualien, nature is there to greet you.

Citizens of 31 countries, including the United States, Canada, Australia, New Zealand, Ireland, and most other EU members and Switzerland, may enter Taiwan visa-free for up to 30 days (90 days for citizens of Japan and the United Kingdom) provided that their passports do not expire within six months.

Residents of Hong Kong and Macau who hold valid SAR passports should apply for an entry permit, which can be done on arrival or online before departure if they were born in their repective territories or have been to Taiwan previously after 1983.

From July 2008, holders of mainland Chinese passports may visit Taiwan for tourism if they join an approved guided tour. For further information consult the Bureau of Consular Affairs.

Taiwan’s main international gateway is Taiwan Taoyuan near Taipei, with Kaohsiung a distant second and very limited international services to Taichung and Hualien.

After a break of 60 years, regular cross-Strait flights between Taiwan and China started on July 4, 2008. From December 15 2008, the frequency of these flights were increased to daily, and travel times on some popular routes have been reduced significantly as flights no longer have to be routed through Hong Kong airspace.

Previously, the usual practice was to fly via either Hong Kong or Macau, which have good connections both ways.

The main Taiwanese carriers are China Airlines and EVA Air. China Airlines has a relatively poor safety record (12 major crashes in 30 years , whereas EVA Air is ranked one of the safest airlines in the world; as a result, many opt for EVA Air whenever possible.