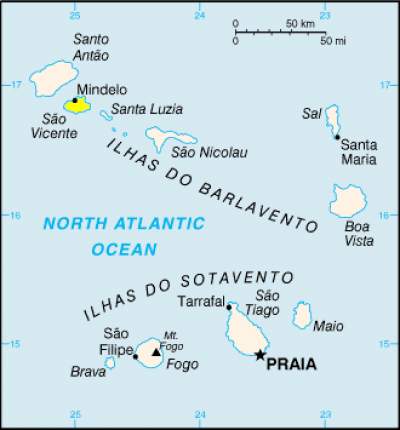 Sao Vicente Island provides beaches for soaking up the guaranteed sunshine, water conditions that are perfect for wind surfing, eighteen hole course for golfers and beautiful old towns and villages

The temperature in Sao Vicente Island is constant throughout the year ranging from twenty-five to thirty degrees. November to July is dry and windy while August to October is the rainy season.

Sao Vicente Island Cape Verde is by far the most fastly growing area on the island. A beauiful place for anyone to purchase a home or just to buy for Investment purposes and to rent out.

The next largest city in the Cape Verde after is Mindelo and also Praia in Santiago is extremely popular. There are churches, post offices, Banks, a good variety of shops, and also a Hospital actually on the island.

The ability of very large ships to come into port has aided the development of the infrastructure and the economy.

There is an adequate supply of water and electricity.on sao vicente Island

Only 11% of Sao Vicente’s inhabitants own a car, so travel is mostly achieved on foot or by bicycle. People in Cape Verde are generally friendly and it is customary in Sao Vicente to offer a lift to those that need it.

The island is connected by three main roads. They join the towns of Baia das Gatas, Sao Pedro, Calhau and Madeiral with Mindelo. More tarmac roads are being built every year to replace the cobbled streets.

There is an airport on Sao Vicente and it is located in the southwest.

The Sao Vicente’s population is around 50,000 of which most are housed in its main town of Mindelo. Sao Vicente is mainly dry, so has adapted its main industries to fishing and tourism.

Of course Sao Vicente is volcanic in origin, however it is quite flat.

Sao Vicente’s tallest peak is Monte Verde, which can be found in the northeast with an altitude of 774 metres. Sao Vicente’s capital city Mindelo was voted as the Capital of culture of the Portuguese Speaking Countries in 2003.
The sao vicente Island Market

The Mercado Municipal (Municipal Market) in Mindelo city.
Another colonial building. It still has a Portuguese coat of arms on the façade.

About only 11% of the families own automobiles, which is 7.4% of Cape Verde’s level.

Nightlife on sao vicente is fairly low-key. Mindelo has some lively bars and clubs but it is not known as a party capital unless, that is, you visit during the colourful February carnival or the August music festival. At such times it becomes very lively indeed.

Evenings can be spent in the large number of restaurants around the bay watching the sun descending into the ocean.

The surface area of Santo Antão is 779Km2. It is the second largest island of the archipelago and is rather like a trapezoid in shape.

Along the middle of the island, a mountain range runs from northeast to southeast and ends at Tope da Coroa, a relatively recent volcanic peak with an altitude of 1979m. Other peaks are Pico da Cruz (1814m) to the northeast and Guido do Cavaleiro (1811m) to the southeast.

There are still some signs of Santo Antão`s volcanic past. The crater named Cova, for example, is very well preserved. Due to the effects of erosion, the streams are deep and the peaks are very sharp and steep.

With the combination of a rugged interior and picturesque coastlines, Santo Antao is visually very interesting and charming.

Climate in sao vicente Island:
The climate is dry in the south, cool in the central region (at an Altitude of 1000m) and humid in the northeast region.

Quite naturally, the vegetation varies dramatically between regions. The high zones are covered with trees like the eucalyptus, the cypress, and the pine-tree. The south, in total contrast, is arid with herbaceous vegetation.

In the north, parts have been worn away by the northeast winds and the rough seas, forming some superb beaches such as Praia Formosa.

History about Sao Vicente Island:
Diogo Afonso discovered the island of Santo Antão on the 17th of January in 1462. Colonialization began in 1548. In the 19th century, roads were built linking Ponta do Sol to Ribera Grande and Porto Novo, and it was from here that the island`s goods were first shipped out.https://takeabreakholidays.com/africa/cape-verde-islands/

A Field Guide to the Birds of the Atlantic Islands: Canary Islands, Madeira, Azores, Cape Verde

This is the first comprehensive field guide dealing exclusively with the birds of this spectacular region.

It covers all resident, migrant and vagrant species found in Macaronesia which comprises the Canary Islands, Madeira, Azores and Cape Verde.

Over 450 species are illustrated with full details of all the plumages and major races likely to be encountered.

Concise text describes identification, status, range, habits and voice. This authoritative book will not only be an indispensable guide to the visiting birder, but also a vital tool for those engaged in work to conserve and study the avifauna of this region.

The Atlantic Islands shelter a remarkable diversity of birds, many seriously endangered with small and vulnerable ranges.